You are reading outdated article. For the most recent instruction please check the tutorial in Agisoft Knowledge Base: Agisoft Texture De-Lighter - general workflow.

Agisoft De-Lighter is a free stand-alone tool designed to remove shadows from model textures. The tool is targeted on removing cast shadows and ambient occlusion from 3D models. It requires user input in a form of rough brush strokes marking lit and shadowed areas. All input can be provided within Agisoft Delighter without need for any extra data such as ambient occlusion maps. De-lighting algorithm is optimized for 8-bit JPEG compressed textures and does not require specific image formats with higher color depth. 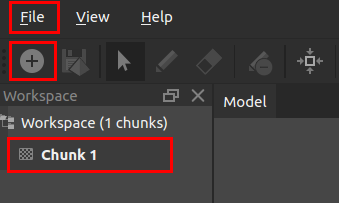 At first you need to import model. This can be done with the respective toolbar button or through Import Model... command available from File menu or context dialog in Workspace pane. Please note that only textured models are supported.

De-Lighter uses rough illumination maps to perform binary classification of texture pixels into lit and shadowed groups. To specify the illumination map, select brush tool on the toolbar and make rough brush strokes using Shadow color and Lit color in the respective areas of the model. Color selection buttons are available on the toolbar as well as brush size adjustment, eraser and other tools

A good markup implies spatially uniform strokes, one stroke per material which is undoubtfully lit/shadowed. Precise shadow border indication is not needed. 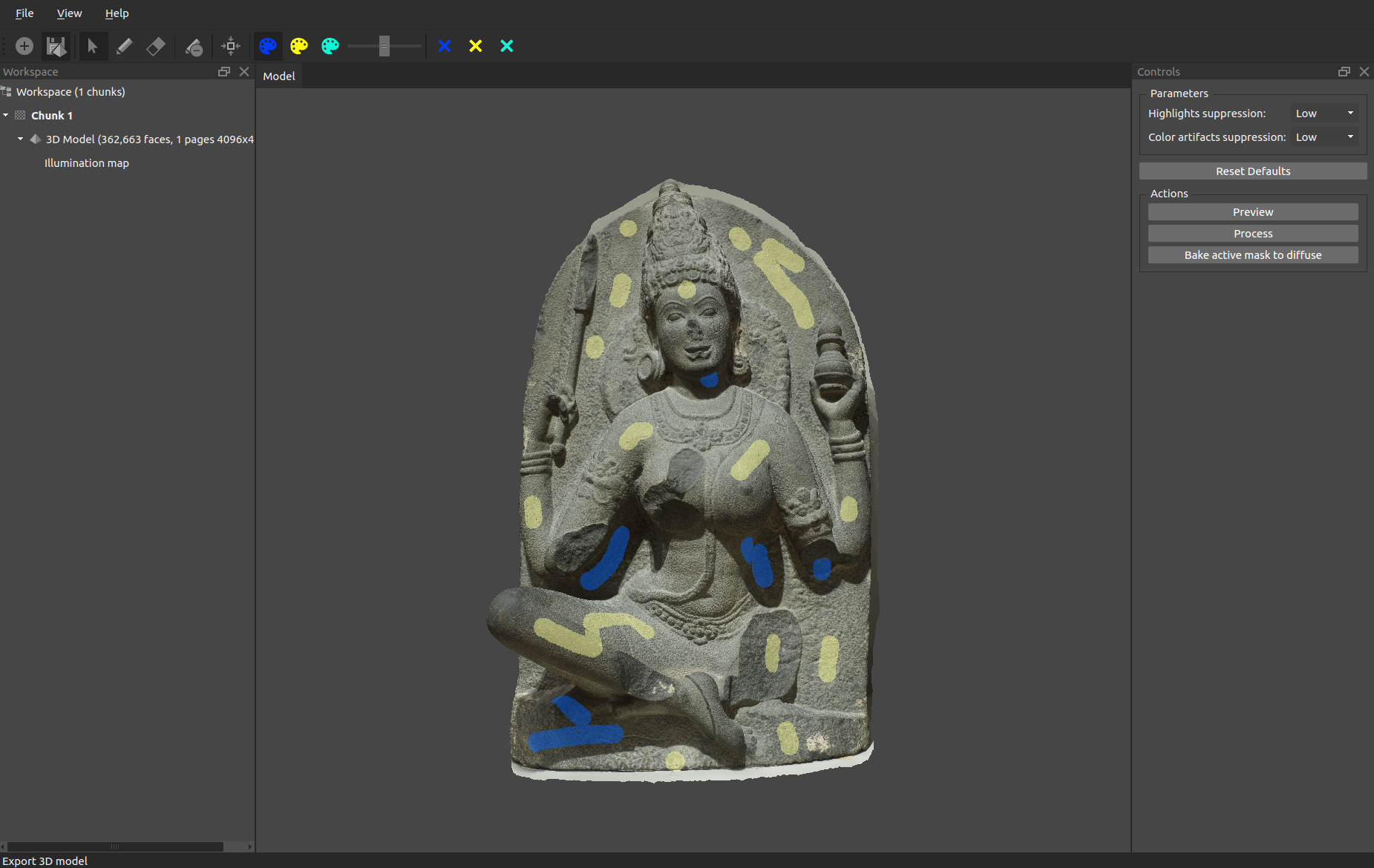 In case of highly non-uniform shadows (e.g. ambient occlusion overlapping with cast shadow) some of them may remain after processing. To remove them you can reset shadow part of illumination mask by clicking Clear Shadow toolbar button and selecting remaining shadowed regions. You can also specify more lit samples, specifically those which became lit after the first iteration.

On finishing the processing a new model with de-lit texture will be generated. Please note that algorithm is applied to currently active model (the one which is displayed in the model view). If you want to reprocess original model, select it in Workspace pane before running de-lighting algorithm.

In some cases artifacts caused by brightness variation or complex material changes may occur. They usually appear as too bright areas or color leaks. Two adjustable parameters, Highlights suppression and Color artifacts suppression are designed to reduce these kinds of artifacts. 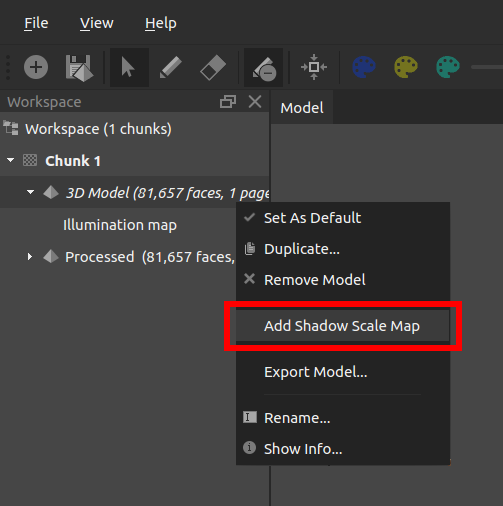 If some dark texture is present on lit part of the model, it can potentially be misclassified as shadowed and removed. You can specify region to exclude from processing to preserve such textures by adding a new Shadow Scale Map through model context menu and marking the region of interest using Extra brush color.

De-lighting algorithm uses heuristic that the edge of a shadow does not coincide with the border line between different materials. When this condition is not fulfilled, color leaks may occur. In some cases such artifacts may be suppressed with the help of processing parameters, in other cases shadow scale maps are recommended used. With a shadow scale map you can specify particular shadow color and intensity and apply it to a particular region of the model. To manually specify shadow scale for a part of the surface do the following:

Processed models can be exported in various formats or saved as a project in .dlz format. In the latter case, all additional maps will be preserved along with the models.

Discuss the functionality of Texture De-Lighter and share your workflows and results in the dedicated board of our forum!